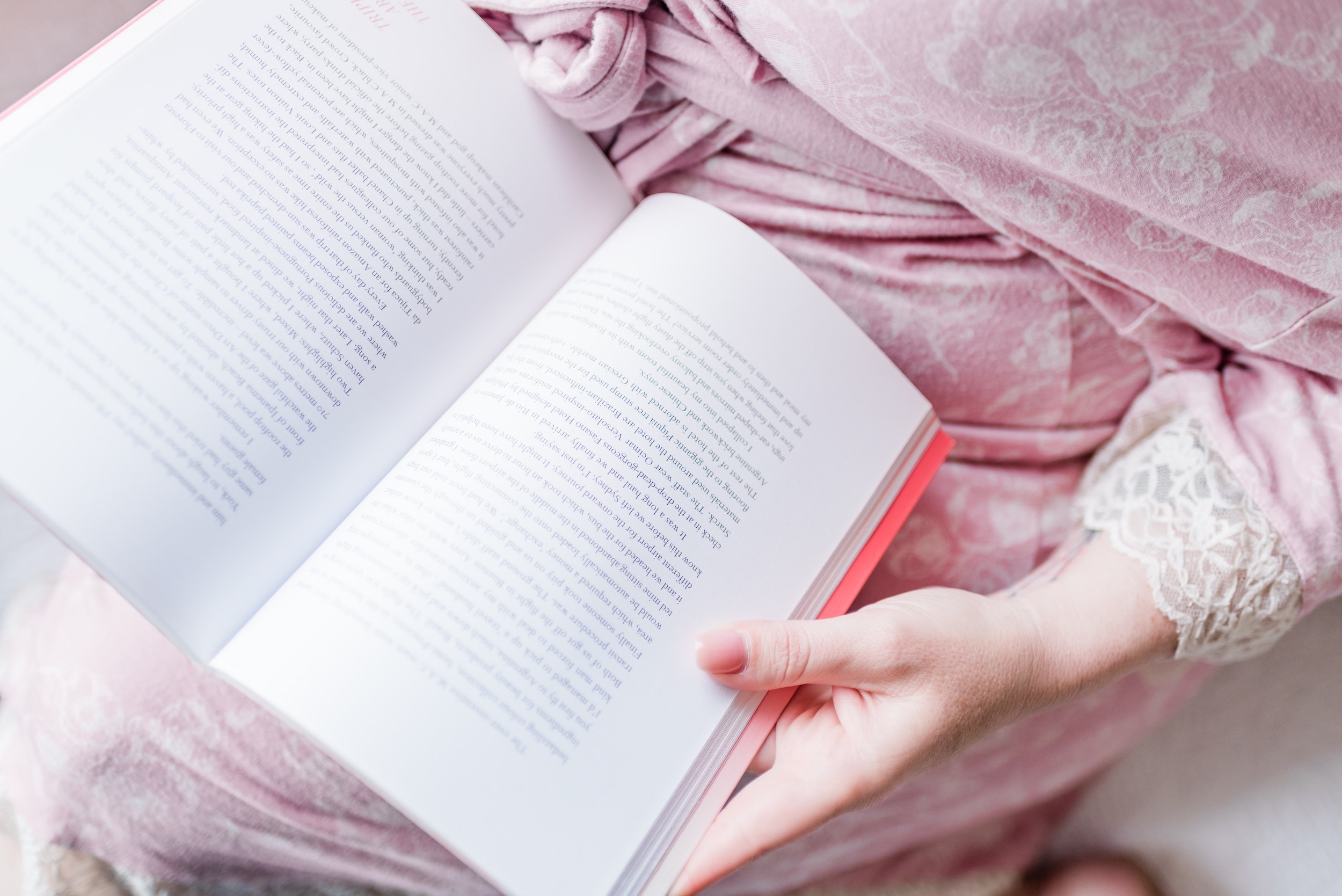 My Year in Reading, Part 3: Standalones and Nonfiction

This page includes all the standalone novels and nonfiction books I read in 2020. Although I concentrated on series, I also read a fair number of standalone novels. Some of these standalones may become series starters, but the authors haven’t published (or even announced) the next book yet.

As before, most links in this list are affiliate links. If you click on one and then buy something from the site, I may get a commission on that sale.

Among the Beasts & Briars by Ashley Poston – a fairy tale world where the castle and the forest are in conflict. Not a straight fairytale retelling, more like an original story that borrows liberally from old fairy tale settinsg and tropes. Recommended for fans of Neil Gaiman, Robin McKinley, and me.

The Bell Jar by Sylvia Plath – This is my third or fourth time rereading this book, and I discovered many things in it I didn’t notice as a teenager. For example, the first chapter mentions “the baby,” who never comes up again. And the book is very critical of 1950s American pop culture in a way I didn’t appreciate when I was younger.

Bloom by Kenneth Oppel – An extraterrestrial plant is taking over the planet, destroying all vegetation and releasing toxic spores into the air. Only three young kids, all allergy-prone in normal circumstances, appear to be immune. They have to work together to discover why, and to help defeat the planetary menace.

“The Canterville Ghost” by Oscar Wilde – a short story from the perspective of a ghost in a stately old mansion that’s just been bought by Americans. Rather than being shocked or terrified, the Americans take an insolently practical approach to the ghost’s provocations, such as offering him tonics or oil for his clanking chains. Only their daughter seems to understand him.

Circe by Madeline Miller – the best book I read this year, bar none. A really captivating retelling of Circe’s story, before and after the events of The Odyssey. I don’t know much Greek mythology, but this book was easy to follow and held my interest through the end. Highly recommended.

The Darkest Part of the Forest by Holly Black – a contemporary young adult fantasy, where the modern world collides with the mythical in a very unusual town. If you liked The Hazel Wood, I think you’ll enjoy this book as well; they both explore the intersection of the modern world with the world of fairy tales.

Girl, Serpent, Thorn by Melissa Bashardoust – Soraya literally poisons everything she touches; her blood is green, and everywhere she goes she must wear gloves. She’s desperate to reverse this curse, but when she does, she finds herself defenseless against a powerful enemy. This novel features creatures and beings from ancient Persian legends, and manages to make them both supernaturally compelling and psychologically realistic. The audiobook also features an afterword detailing resources for anyone who wants to learn about Persian mythology.

Gods of Jade and Shadow by Silvia Moreno-Garcia – a story weaving together Mexican history and mythology, featuring pre-Columbian gods, trickster spirits, and other colorful chracters from Mexican life. The book also includes some mini-history lessons on Mexican politics and culture, which helps give the book a richer dimension.

The Graveyard Book by Neil Gaiman – what happens when a live boy is raised by ghosts in a graveyard? This book answers by telling the story of Nobody Owens, a young boy adopted by ghosts after the murder of his parents.

House of Salt and Sorrows – an eerie retelling of “The Twelve Dancing Princesses.”

Hush by Dylan Farrow – this young adult fantasy novel deals with memory and manipulation of the truth.

If I Had Your Face by Frances Cha – One of the few literary novels I read this year, If I Had Your Face offers a window into contemporary South Korean culture through the eyes of several women who live in the same downmarket apartment building. The audiobook features different women performing the parts.

The Invisible Life of Addie Larue by Victoria Schwab – The dead live on in other people’s memories of them. What if no one ever remembered you, but you got to live forever? That’s the trade-off that Addie Larue makes

Legendborn by Tracy Deonn – A black university student navigates the complexities of her family inheritances during her first year at UNC Chapel Hill, when she’s torn between a magical secret society. I listened to Legendborn’s audiobook, which was really excellent. The magic systems were a little complex,

I was surprised to see the Edward/Jacob dynamic in this book, where the lead character is torn between two love interests: a fair haired, blue-eyed, heir to old power, and a black-haired arriviste with dangerous energy. This dynamic is present in so many young adult fantasy novels: Twilight, obviously, as well as The Selection, A Court of Thorns and Roses, Ash Princess, Red Queen, Camelot Rising. The Simon Snow series is basically those two guys hooking up. Buffy: the Vampire Slayer had a variation of this trope, where the “good guy” has dark hair, the “bad boy” has peroxide blond hair, and neither appears to have much money.

The Magician by W. Somerset Maugham – a short novel about an occultist, based on Aleister Crowley, attempting to create life by magical means. Shows the destructive power of charisma and magic, and gives a glimpse into how unpleasant Crowley must have been in his personal life.

Matilda by Roald Dahl – one of my favorite books as a child, it was interesting to reread it as an adult. The narration by Kate Winslet adds something to the book, since I wasn’t familiar with regional English accents as a kid; I’m sure my version of Matilda, Miss Trunchbull, etc. had American accents in my head. Roald Dahl has a conversational style of writing that makes writing look easy. Dahl is probably a big reason why I’m a writer today.

The Memory Police by Yoko Ogawa – a literary speculative fiction book, a world where people must forget increasingly important things at the behest of the authorities, until they’re required to forget parts of themselves. Also one of the best books I read this year, but not exactly a pleasant read.

The Night Tiger by Yangsze Choo – a multi-part story of colonial Malaysia, showing the complexities of colonial society and traditional Malaysian mythology.

Norse Mythology by Neil Gaiman – a retelling of Norse myths, based on the poetic and prose Eddas.

Race to the Sun by Rebecca Roanhorse – Nizhoni can detect monsters, like her dad’s new boss. When her dad disappears, leaving the oh-so-reassuring message to “RUN!”, she has to figure out how to find her dad and defeat the monsters

Red Hood – a feminist contemporary fantasy, with a side helping of revenge.

Shine by Jessica Jung – what would you do to be a K-Pop star? This book, written by a former member of Girls Generation, gives readers a glimpse behind the scenes, to the sometimes cutthroat dynamics between performers, as well as some of the

Snow, Glass, Apples by Neil Gaiman – one of the few comic books I read. A retelling of Snow White from the stepmother’s perspective. In this story, the stepmother is not wicked, or jealous of Snow White, but afraid of her. For a very good reason. Content note: contains nudity and sex scenes.

Star Daughter by Shveta Thakrar – a young woman, whose mother is a star in the sky, participates in a competition to become one of the galaxy’s favored mortal artists. The constellations and attributes come from traditional Indian mythology, but the protagonist comes from 21st Century America. Star Daughter’s audiobook is very good. So was the cover art by Charlie Bowater, who also did the cover art for many of the A Court of Thorns and Roses books.

The Unraveling of Cassidy Holmes – this is the story of a pop star coming undone, told through the perspectives of multiple people that knew her.

Vita Nostra by Sergei and Marina Dyachenko – A magical academy book for those with a very dark or morbid sense of life. The main character is chosen to join the Institute of Special Technologies, a strange school in the middle of nowhere, after she has some bizarre experiences at the beach. The curriculum is weird, as are the students.

Where the World Ends by Geraldine McCaughrean – A few boys sail to a high, narrow island to catch birds. Someone’s supposed to come in a few days to take them, and the birds, back. Only no one comes. Not the day they’re supposed to go back, or any day after, until they’ve lost count of the days. Some think the apocalypse came to the rest of the world.

The narrator for this book has a somewhat thick Scottish accent, so I could only listen to this at about 2.3x speed. Any faster and I couldn’t understand what she was saying.

Atomic Habits – a really good, comprehensive book on how to change your habits. Recommended reading.

Big Magic by Elizabeth Gilbert – a memoir of creative life

Deep Work – another great book on how to work and concentrate. Highly recommended for anyone who struggles with willpower or focus, like me.

The Great Pretender by Susannah Cahalan – A reassessment of the famous Rosenhan Experiment, where a psychiatrist sent sane people to insane asylums to test how psychiatrists pathologized normal behavior.

Greenlights by Matthew McConaughey – Part memoir, part meditation, this book (and its audiobook) feature a lot of interesting anecdotes from McConaughey’s life before and after fame.

Intimations by Zadie Smith – A short essay collection, written by Smith during the early months of quarantine. Smith spent some of that time in New York City, where she was teaching at a university.

The Miracle Morning for Writers – one of the few books I actually read in its entirety, instead of listening to an audiobook or text-to-speech. I don’t think it’s exaggeration to say that this book changed my life. Just the tip to put your alarm in another room made getting up so much easier. Very much recommended, although the parts about writing don’t really match the “miracle morning” part of this book.

Red Comet by Heather Clark – this biography of Sylvia Plath investigates her life in incredible detail, thanks to many diary entries, letters, interviews with contemporaries, and newspaper clippings. The audiobook is 45 hours long–that’s 15 hours if you listen at 3x speed.

Songteller by Dolly Parton – The audiobook pretty closely follows the contents of the book, though not word-for-word. It sounds as if Parton is speaking off the cuff, and her remarks were transcribed, edited, and turned into the text of the book. The audiobook also includes numerous clips of Dolly Parton’s music, which I’m not really familiar with beyond “Jolene.” I came away with a new appreciation for Parton as a songwriter and a singer. I am also very, very grateful that I didn’t grow up one of eleven kids in an unheated shack in the Smokey Mountains.

The Year of Yes by Shonda Rimes – When I was in college, everyone in our co-op used to get together on Wednesday (?) nights and watch the new episode of Gray’s Anatomy.

Untamed by Glennon Doyle – this memoir describes how Doyle, formerly an Evangelical Christian speaker and lecturer, came to divorce her husband and start a relationship with a woman.

The Year of Less by Cait Flanders – a memoir about living with less, not buying anything you don’t need, and what life is like without impulse buys. Also explores our relationship to our stuff and to the consumerist mindset.

Zero to One by Peter Thiel