Hello everyone! I'm experimenting with a new program called Newsletter Glue, that automatically converts your blog posts into newsletters for your mailing list. How is it going? Let me know by replying to this email, or clicking through to leave a comment.

I want to thank everyone who signed up to be a beta reader for The Rose Kiss. You have all been incredibly helpful, and helped me see numerous weak points in the plot, plus spelling and grammar errors. If you're interested in beta-editing The Dream Kiss, stick around invitations will go out this summer.

I have some exciting news that I hope I can share with you soon. For now, I have four books for you, including some fantasy, romance, and fae drama. There's even a musclebound guy who lost his shirt somewhere. Read on to find out more.

Kingdom of Wind and Fire 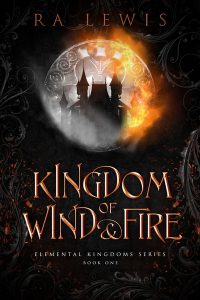 Blood is magic. Magic is everything.

Brianna grew up hiding her elemental magic, using it only in secret. If discovered, she risked being enslaved by the king’s army. Her twin brother, Brayden, wasn’t lucky enough to avoid that fate. Taken at a young age, his power was controlled by a SpiritSinger.

After fifteen years apart, Brayden escapes and accidentally makes it back to a home he doesn’t remember. No sooner has he reunited with his family when their mother is captured by the same enemy. The twins must make a choice to leave their mother and carry out her wishes or attempt to find and rescue her.

It’s only the beginning.

Torn between choices, they travel to a magical university to learn to control their volatile powers. With the help of a snarky smuggler and his crew, Brayden and Brianna embark on a quest to hone their magical powers and learn who they really are.

Can they stay together long enough to save their mother? Or will an even greater evil tear them apart? 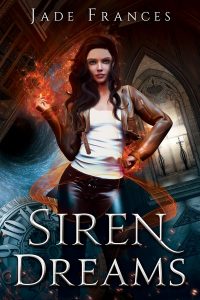 All her life Evangeline dreamed of finding her purpose. Now that she has, she is certain that she doesn’t want to fulfil it. Especially not when it could tip the scales in the war that’s brewing between The Gifted.

Evangeline must travel to the Fae communities to convince them that, although there is darkness within her, she is on the side of light. Tensions rise, trust is betrayed and those closest to her might not have her best interests at heart. The very darkness that she wields, seeps its way into her dreams throughout her travels.

This time, someone new enters them. Someone that seems to be trying to communicate with her. Is it a warning of danger to come, or simply an unending memory of her failure to rid the world of The Veils leader?

Shadow of the Fae 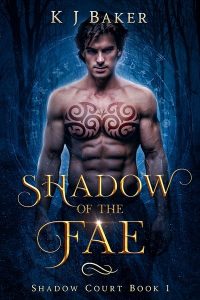 She’s a broke antiques dealer. He’s a Fae king. What could they possibly have in common? Turns out, everything.

I’m used to my life being a mess. After all, I run a failing antiques shop, drink way too much coffee, and suffer from an eighties cartoon addiction. But being confronted by two savage killers who break into my shop in the middle of the night is a new low, even for me.

So when a dark-haired Adonis appears out of nowhere to save my life, things finally take a turn for the better. Or worse. I’m still not sure which. You see, those two savage killers weren’t human. They were Fae, and the man who saved me? He’s one of them too. And now he’s telling me that I might hold the key to stopping a war between my world and theirs.

But that’s not the weirdest thing he’s told me.

I’m not sure I can resist those smoky good-looks or that sculpted, sexy-as-hell body.

But if we’re gonna do this saving the world thing, I’m sure as hell gonna have to try.

Shadow of the Fae is a fated mates paranormal romance full of sexy Fae males, sizzling magic and searing passion. If you like your romance full of high-octane adventure, danger and spice then grab this book today! High heat level – recommended for over 18s only.

Read Shadow of The Fae today! 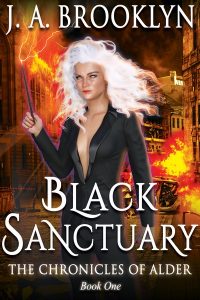 These violent delights have violent ends. For the Fistvinter family, they ended in blood and magic.

When her parents are executed in a home invasion, Eve Fistvinter tries to find out why. Can she find the men responsible for their death?

If you like the mythology of Shayne Silver’s Nate Temple Series, the colorful writing of George R.R. Martin’s A Song of Ice and Fire, and the dysfunctional families of Maurice Druon’s The Accursed Kings, you won't be able to put down the page-turning Chronicles of Alder series.

Pick up Black Sanctuary to read the latest adventure in the series today! 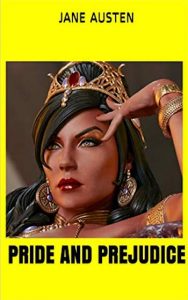 These covers range from “didn't even try” to “what the @#$@# is that?” Many of the covers are pretty funny, or unintentionally amazing, like the Pride and Prejudice cover at right. If you like art that's SOBIG (so bad it's good), this is the article for you. Read it here.