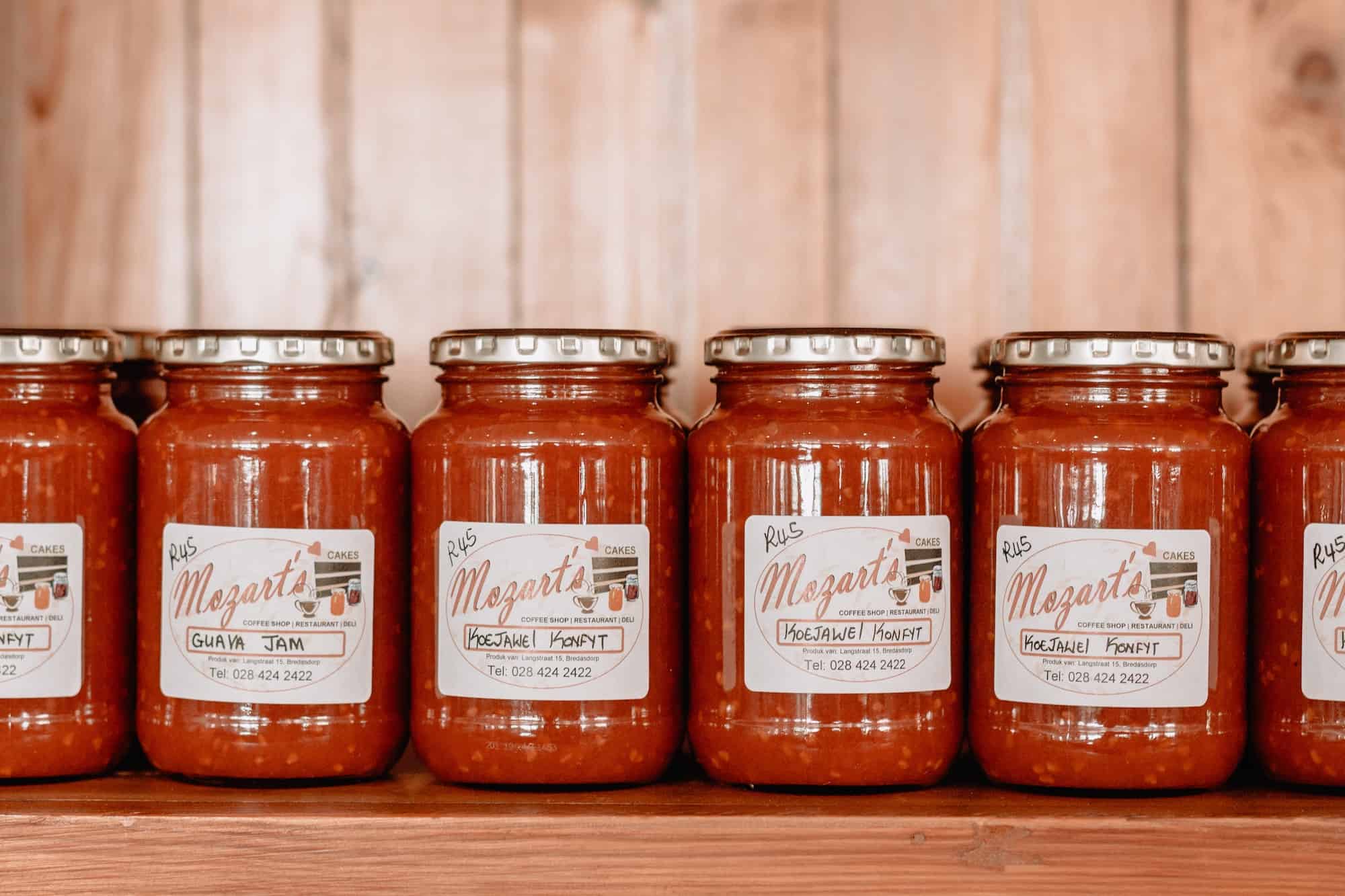 “I can’t believe you left the lid off the jar. It takes two seconds to screw it on. Why can’t you just do it?”

“I can’t believe you’re making a big production about one #@$ jar lid. It takes two seconds to screw it on. If it’s so important to you, why can’t you just do it?”

This is a common dynamic with both fictional characters and real-life people. One person does something minor that upsets the other. Maybe they leave the lid off a jar, forget a birthday, forget their manners, fail to take a hint, or don’t do something minor that they said they’d do. The offender’s defense is, basically, that it’s not a big deal. It’s a minor thing. It’s not like they were maliciously trying to ruin the other person’s day. Why can’t the offended party just let it go?

It’s a good question, so let’s try to answer it.

It’s part of a pattern.

When your characters share history, a “minor thing” tells a major story.

Let’s say two of your characters represent rival kingdoms on the brink of war. They’re meeting to discuss some tricky diplomatic issue. There’s centuries of history between their kingdoms: border skirmishes, trade disputes, cultural clashes, and religious issues. In this context, forgetting some courtly convention—shaking hands, or bowing a certain way—really isn’t a minor thing at all.

Neglecting these niceties sends the message that “I think so little of you, that I would rather risk a long, drawn-out, expensive war than take two seconds to shake your hand/bow correctly/toast glasses with you.”

Or “I don’t think you’re a threat. What are you really gonna do if I don’t follow the rules? Nothing. Because you’re nothing.”

Remember, these two characters are undergoing intense negotiations with deep historical roots. Tempers are running high. These “little things” are there to make an actual negotiation possible. Neglecting them is a big deal because it’s not a big deal. It takes a few seconds to bow, shake hands, clink glasses, or follow whatever the custom is. Even if it takes two hours, two days, or even two weeks, it almost certainly saves time, expense, and lives that could be lost in a war. These “little things” are there for a reason.

If neglecting these “little things” are part of a pattern, it’s going to sting even more.

A young man eats everything on his plate. When he’s finished, there’s nothing left but a little sauce. In some households, that’s as it should be. In others, it’s unspeakably rude. Same act, different context.

In some cultures, it’s rude to leave food on your plate. You might as well insult the host’s cooking right to her face—and all the starving children of the world, while you’re at it. “I’m not hungry” wasn’t an excuse when you were a kid, and it’s not an excuse now.

In other cultures, it’s rude to eat everything on your plate. Are you saying that the host didn’t give you enough food? You must still be hungry if there’s not even a leaf left.

This occasionally results in funny situations, like an exchange student who keeps eating and eating and eating, while their host mother worriedly keeps offering them second, third, and fourth helpings. They’re both trying not to be rude, but they’re running different scripts.

Sometimes it’s not really that funny. Maybe the exchange student compliments an ancient family heirloom, and the host family gives the heirloom to the student. In the host family’s culture, that’s what you do when someone compliments your belongings. The student wasn’t asking for the heirloom, he just comes from a culture where it’s polite to compliment your host’s house. The family may be royally upset about giving away something priceless, but they feel honor-bound to do it.

How does the student treat the heirloom? Does he take it into his room, but leave it alone? Does he give it back to them at the end of the stay, along with something of his own? Does he break the heirloom while drunk, releasing a terrible curse on the household? I don’t know, it’s your story. But that one act—complimenting an heirloom in somebody’s house—has wildly different meanings depending on the context.

In a like manner, something innocuous in one culture could be terribly rude in another. A “little thing” that’s “not a big deal” can be a very big deal in another culture.

Don’t believe me? Look at this.

Ensign Marsh is the only person onboard who can repair the teleporter unit. He’s the only guy responsible for it on the entire spaceship; he’s the only guy who truly understands how it works. If something goes wrong—if someone comes back from their adventure with their arm sticking out of their stomach—you can bet he will hear about it, loudly and at length.

That’s why it’s so frustrating when Marsh gets blown off by people who really should know better. He tells the astronauts to put their belongings in a protective pouch every time they go through the teleporter. He tells them to upload their minds onto the cloud before every mission, in case something goes wrong. They say they forgot this time, but they’ll totally do it next time. And then they don’t.

These dismissals show Ensign Marsh that he has all the responsibility and none of the authority. He cannot even convey mission-critical information, because no one listens to him. He’s treated more like an appliance than a person, except people sometimes notice warning lights on an appliance.

The inevitable happens. Sergeant Harris comes back from the planet Tlequ’on with his “lucky keychain” lodged halfway in his brain. He didn’t upload his mind beforehand, so they can’t access the important information conveyed to him by the captain, who’s now held captive by the Tlequ’ons. Now Ensign Marsh is getting it in the ear, and he blows up right back.

For Ensign Marsh, these “little things” aren’t little at all. They have predictable, potentially devastating consequences that he’s trying to prevent. Every time someone blows off mind-linking to the cloud, or putting their lucky keychain in the pouch, they’re reinforcing how powerless he is to do his job, which is keeping the teleporter, and its users, safe. And when something goes wrong, he shoulders the blame even though he lacks the authority to do what needs to be done.

It’s not actually a little thing.

“Why didn’t you call Toby yesterday? I ran into him at the store, he’s been waiting for you to call. He said he could set up an interview for you tomorrow.”

“Well, you could call him now.”

“It’s not going to bother him. You’ve wanted this job forever.”

“So? Leave a message, send him a text…he told me, all you have to do is call him and he’ll set it up.”

…It’s not just a phone call.

It’s a job, a lead, a chance to change your life and make it better.

It’s a way to connect with your friend and have him do you a favor. Which is a really easy way to get someone to like you.

It’s a chance to prove that you’re taking your job search seriously, and your life seriously. And it’s a big deal because it’s not a big deal. If you could make more money and get a better job after one two-minute phone call, why wouldn’t you make that phone call?

Maybe the person asking you to call really stuck their neck out to get you this connection. When you blow it off, you’re blowing off Toby and your friend as well.

It’s not just a phone call.

[X] is important to you, not me. Therefore, it’s not really important.

This is why “I just forgot! Jeez!” is a weak defense. “I forgot” is just reaffirming the underlying message of disrespect or disdain.

The offended character doesn’t have to fly off the handle or draw a blade on the spot. Maybe he observes the slight and whispers something to his second in command. Maybe she calls attention to her rival’s lapse with some cutting remark. Maybe negotiations start off on the wrong foot and never get right. Maybe we’ll see a “red wedding” scene twelve chapters later. Remember, the Red Wedding happened because Robb Stark didn’t do something he promised to do.

And the offending party, the one who forgot to bow (or whatever it is), doesn’t necessarily have to have malicious intentions. It’s juicier if they don’t. Maybe she was up all night trying to heal someone, and she’s off her game. Maybe she’s a lookalike sent in after the real negotiator ran away. Maybe he has ADHD (or whatever the fantasy-world equivalent is). Maybe there’s a very good reason he can’t bow this way/shake hands/clink glasses. Maybe he has to hide that reason to protect someone, even if it means war.

This doesn’t mean that the offended party is wrong for getting offended. Keep in mind that the offended party is never going to know everything that you and the readers know about the world. Even if he did, he’s not coming to the table with the reader’s perspective, he’s coming with his perspective. Why did the enemy send someone to negotiate who isn’t ready to be serious? Why are they trifling before we even start? What is their word worth? Why should we trust them?

It’s not just in stories

If you want to see an example of this dynamic in day-to-day life, read “She Divorced Me Because I Left Dishes in the Sink.” This dynamic can come up in many heightened and otherworldly scenarios. Even if you have aliens, billionaires, vampires, and time travellers, this dynamic can still pop up in a million ways.

What We Do in the Shadows (if you haven’t seen it, watch it tonight) is brilliant, in part, because it combines the gothic, supernatural ambience of a vampire movie with the mundane dramas of daily life (and reality tv).

Connecting your stories to “trivial” or “mundane” everyday reality isn’t going to bring your story down; on the contrary, it can make them more universal and relatable. Most people have never been in space, in a vampire’s lair, or at the negotiation table between two kingdoms. But they have been slighted by someone who thought their slight was “not a big deal.”