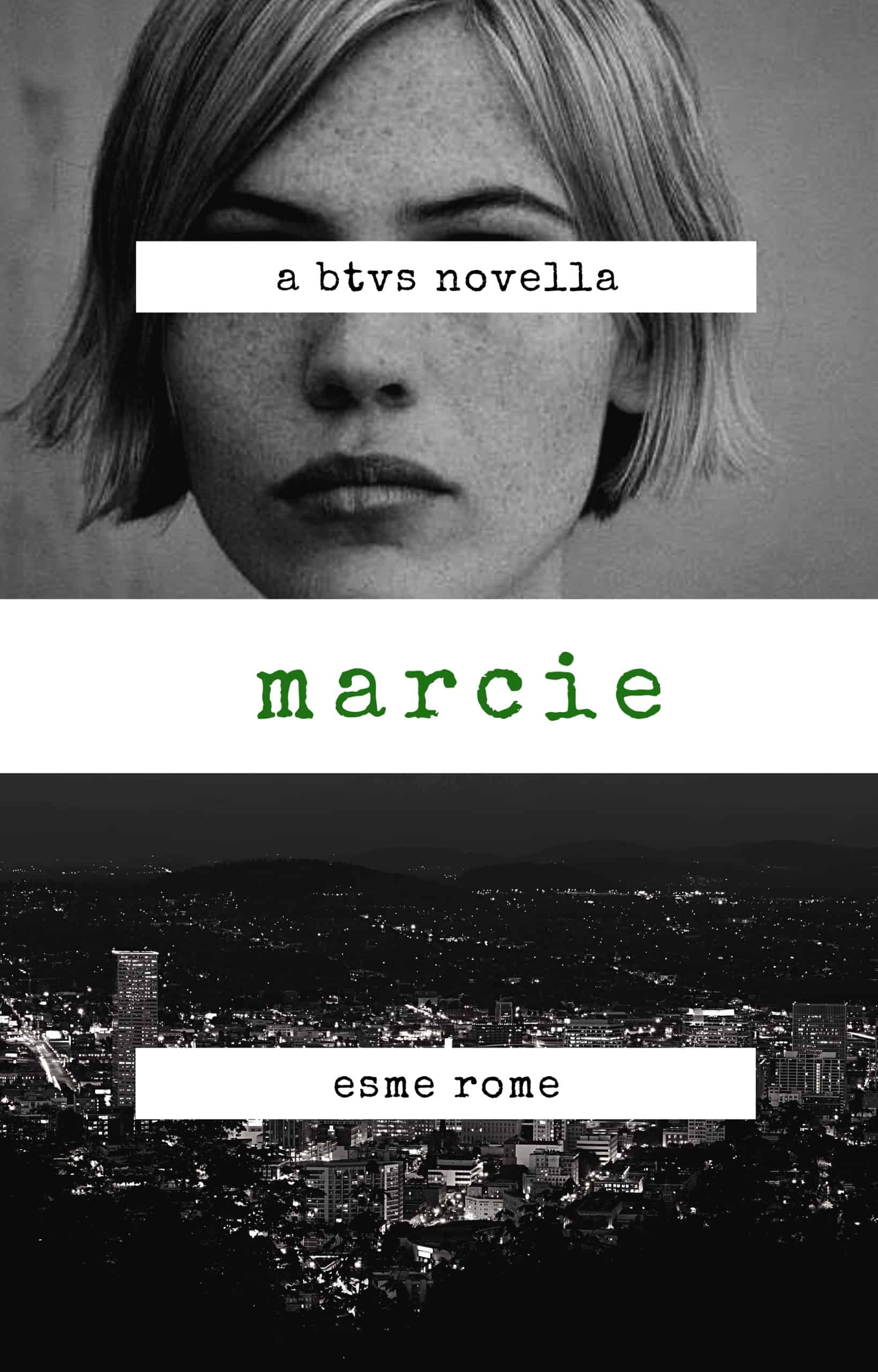 I’ve started publishing the first chapters of Marcie, a novella about Marcie Ross, the invisible girl from the first season of Buffy the Vampire Slayer. Marcie was last seen joining a government program for invisible teenagers, learning assassination and infiltration.

And then, nothing. Marcie never returns in Buffy, Angel, the comic books, novels, or any other tie-in media that I know of. She’s referenced once or twice, but she herself is absent. Unless she got really, really good at being invisible, that is…

It’s a shame. Marcie’s episode makes a great origin story for a superhero, or a supervillain. Because there’s no official continuation of Marcie’s story, I decided to write one for her. Why not?

I read Kiersten White’s Slayer series, a really interesting exploration of the world of Buffy and Angel after many years. That made me think of this episode, and the series in general. I watched it when I was in high school, but basically forgot about it since.

The story’s available on the following platforms:

I’ll also post a link to download the story as a Kindle or EPUB version when it’s finished.