I've always been a heavy outliner. I outline everything, from my short stories to my blog posts and even next week's recipes. The outlining process is a little more complicated when I'm writing a novel, though. In this post, I will show you the outline process that takes me from a vague idea to a novel outline that I can use to write a good first draft.

I say simple-ish, because explaining them is easy, especially when working with an outline template. However, some steps are more challenging than others.

1. Start with a big picture outline, or “beat sheet,” covering all the major plot points.

The first step in outlining my novel is to write a broad outline, or “beat sheet.” A beat sheet is just a list of all the major plot points in my story. It can be as detailed or as vague as I want it to be, but it will become more concrete as the process continues. Here's the beat sheet I use:

You don't need to know much of your story to fill this out. Sometimes, I don't even have a name for my main character yet. I never know all the events that will happen, especially in the second half of the story.

If I get stuck, I might write something like “something big happens here that destroys the heroine's trust in the hero” or “The mentor disappears right when the heroine looks to her for guidance.” I have enough confidence in myself to know that these important details will come in time.

I usually start filling this out from the midpoint and working from there. I don't necessarily write the beat sheet in order, and I may try to write several variations before I find one I like. It doesn't take me long to get a novel outline this way; I can often come up with the key plot points in 15 minutes or less.

Once I have this big picture outline ready, it's time to develop it into a list of scenes. This tells me if the story structure is solid or if it needs work.

This is a more detailed novel outline, listing every scene from beginning to end. While the first step deals with major turning points, this outline covers every scene needed to get from the beginning to the end of the story.

I number the scenes and give a brief, 1-2 sentence description of each. Sometimes I'll write a short paragraph underneath describing the scene in detail. Sometimes the description is more like a sentence fragment or a bullet point list. It depends on the project.

I know that some scenes will get cut and I'll have to add others, so I don't worry too much about renumbering the scenes. If I need a new scene between scenes 14 and 15, I label the new scene 15A and keep it moving. If I need to delete Scene 16, I just delete it. There's no point in tediously renumbering everything when I might have to do it again in 2 minutes.

I also treat the scene list as my master outline document. When I want to change something in the outline, I change it in the scene list first. Then I change the beat outline, if necessary, and the subplot spreadsheet (see next step). 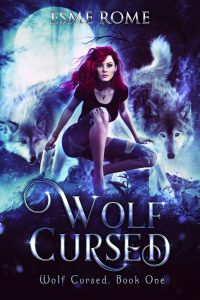 Here's part of my scene list for the start of Wolf Cursed:

Red watches a wolf and vampire fight in the forest. She says that she came here to see her mother. The vampire threatens her, and she uses holy water to defeat it. she falls to earth and is caught by D’Avalos, who is out there with Blackwood for the same reason.

2. Running back to school–vampires waiting for them, they fight

Red is carried in D’Avalos’s arms as they run to back to the school. Before they get to the school, they encounter three vampires waiting for them. D’Avalos and Blackwood fight two, but Red holds back the third with a little borrowed magic from Hannah, but she’s rescued by Blackwood at the last moment.

-This scene reveals the character of the big three:

-Red: lost her powers, has borrowed magic, can throw, can smell and react.

If you've read Wolf Cursed, you know that this outline leaves out a lot of details. The truth is that I didn't know most of those details when I wrote it; I discovered them while writing the scene. Red's encounter with Lady Crow came relatively late in the writing process, which is funny considering the dramatic changes that event has on the course of the book.

This is why I don't buy the argument that outlining stifles creativity. If anything, it encourages it. Even if you write an incredibly detailed outline, with your novel's plot completely cast in iron, actually writing the novel will always surprise you.

Novel writing is a process of discovery, a bit like going to a cave with a headlamp and an outdated map. If you go in without a map, feeling your way along, you may discover completely uncharted territory that no one else would ever see. Or you might fall down a huge hole and never come out.

That may also happen even with the best map in the world, but it's less likely. And there are still treasures to discover, no matter which way you go. The map is not the territory.

3. Fill out a subplot spreadsheet.

Even the most straightforward romance is likely to develop a subplot or two. I like to create a spreadsheet that lists out every major subplot and where they appear in each chapter, even if it's just a mention here and there.

This shows me any subplots that should be cut or combined. If a subplot doesn't appear at all for most of the book, I can either cut it or include it more in the middle of the book.

I use Plottr for this, but I've known writers who use Excel or Google Sheets. J.K. Rowling used binder paper to make basic spreadsheets for all her plot points. Here's an example spreadsheet she made while writing Harry Potter and the Order of the Phoenix: 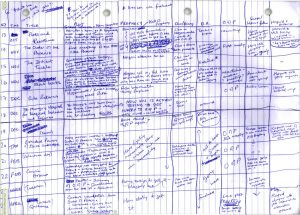 In Rowling's example, every chapter is a separate row, and the different subplots (Dumbledore's Army, Order of the Phoenix, etc.) are in separate columns. Plottr defaults to the opposite orientation, with each chapter as a column and the subplots as rows, but you can change that by pressing the “Flip” button in the upper left-hand corner.

Little inconsistencies always come up between the big picture plot outline, the scene list, and the subplot spreadsheet. I treat the scene list as my master outline, so I don't worry about these too much. If I have a sense that some subplot is being neglected, or there's something snarled in the story, I often return to this spreadsheet for ideas.

4. Create a “folder outline” in Scrivener.

Scrivener is an incredibly powerful piece of writing software, and some of its best features are its simplest ones. In Scrivener you can create chapters (folders) with multiple separate scenes (text files). This lets you group my scenes by chapter even before you've written them. It also gives you an at-a-glance view of how everything fits together in the book.

To do this, I open up my project in Scrivener and go to the Binder (on the left-hand side). The “add scene” and “add folder” buttons are on the bottom left-hand corner. I add folders for each chapter, and add the scenes to each chapter.

When I add the scenes, I just add the titles. I fill out the descriptions after I've finished my folder outline.

5. Fill out the scene descriptions in the “Synopsis” window in Scrivener.

I've learned that it's easier to create the folder outline and then add the scene and chapter descriptions. I don't know why. I suspect it's another ADHD symptom.

Some of the scene descriptions will be incredibly brief. Others will be a step-by-step walkthrough of the scene, from beginning to end. If I have a strong idea for a scene in my mind, I'll continue to Step 6…

6. Create “lecture notes” for some scenes

With some scenes, I can see them in my mind the way you might “see” a movie or a memory. I can see the characters' movements, facial expressions, and feel the emotions they feel as the scene progresses.

It can be hard to hold onto this while writing, especially when I get bogged down by word choice and grammar questions. Sometimes, it's much easier for me to write bullet points or a rough sketch of the scene before filling it in with sentences that actually make sense.

I got this idea from listening to old lectures by Aldous Huxley online. He was an incredibly bright and educated man, but you can tell, when listening to him, that he's not reading word-for-word from a page.

I don't know exactly, but I'm guessing that Huxley referred to lecture notes as he spoke, and these notes gave him the outline of the talk while allowing him to digress or return to different points. So I thought, why not do this for writing fiction as well?

-Emma stares at her phone screen

-Could feel Marco's eyes > her

-Had to play it cool (Em thot). No cause for alarm.

If I were to turn that into a story, it would look like this:

Emma stared at her phone screen as it vibrated. The number wasn't associated with any of her contacts. The area code was not one she recognized; her phone said it was from Springfield, Missouri. She could feel Marco's eyes on her as the seconds passed.

“You gonna get that, Em?” Marco said, laughing a little. She met his eyes and then wished she hadn't. He'd already seen how upset she was; now she had to play it off. Be cool, Margo told herself. Act like nothing's wrong. There's no cause for alarm.

“Hey, you okay?” Marco said, getting up out of his seat. “Seriously, who is it?”

“No one,” Emma said, tapping the red icon.

Notice that this adds a lot that wasn't in the lecture notes. None of this was prepared beforehand, and I'm sure if I wrote it a few hours or days later, the result would be a little different. It's not exactly Bill Shakespeare, but it's a serviceable first draft.

And best of all, I spent almost no time staring at the screen. Since I had a rough outline to work with, the rest came pretty easily.

What if the story changes so much that your outline(s) are useless? What do you do?

My novels usually change the most after the midpoint, especially in Part 4/Act III. When I start writing, I often have a very vague idea of how the story will end, and the climax will often not be very clear to me until mid-way through writing the first draft.

When it becomes clear that the outline and the story are consciously uncoupling, I follow a simple process to stay on track. It sounds a lot more complicated than it is. Here it is in full:

The important thing is to find a process that works and to stick with it. That way, you'll always be moving forward, even when the story changes or veers off in an unexpected direction. 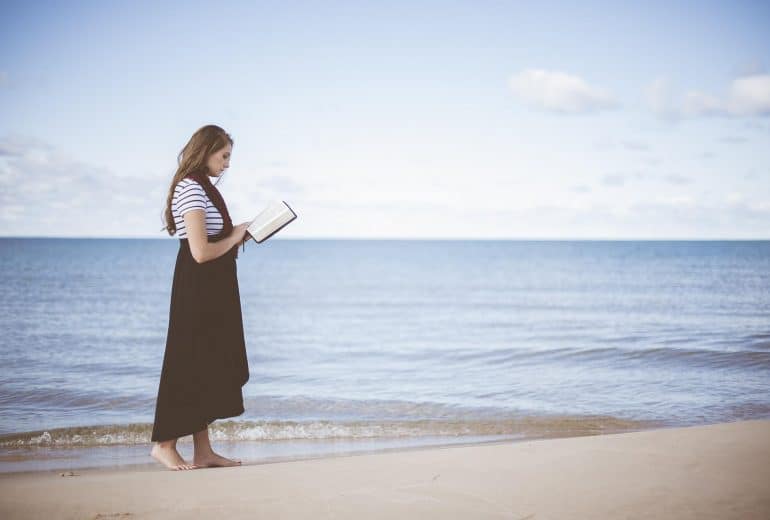