The Dream Kiss is now live on Amazon! You can order it here. If you'd like to leave an honest review on your blog, Instagram, booktok, etc., please feel free to download and use any of the image below. Just make sure to link to the book. If you're posting a video, please mention the title and author of the book in your video. 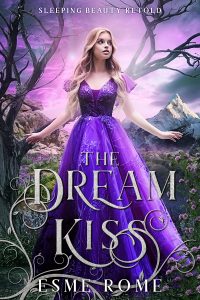 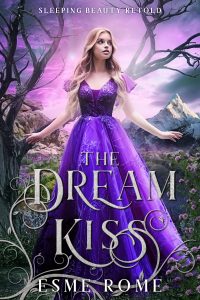 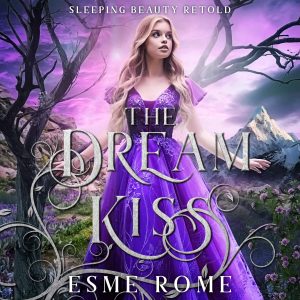 Click on any of these images to see the full size version. And once again, you can order the book here. Thank you! 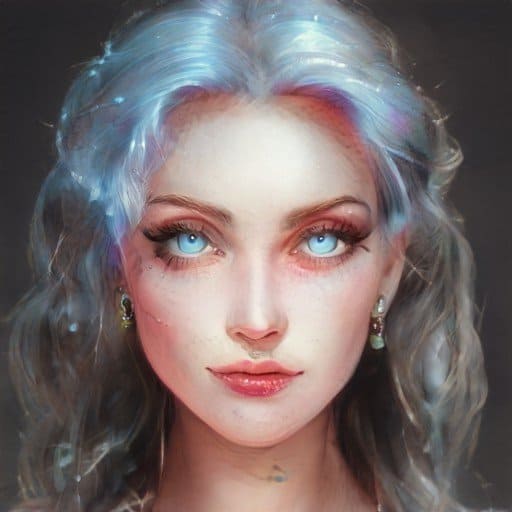 If you ever wondered how an author visualizes his or her characters, know that there's no one right answer. I sometimes don't really visualize my characters at all, and may struggle to recall their features without consulting my character breakdown sheets. Other times, I can see them as clearly as I can imagine a friend, family member, or celebrity.

Sometimes I like to use Artbreeder to create a character portrait that I can import into Scrivener, so I can see at a glance what the characters look like. Artbreeder also lets you make AI-generated images of landscapes, buildings, full-body characters, and more, so I like to use that as well.

Below are some portraits from my latest book, The Dream Kiss. Some of them are exactly as I imagined the characters, and others are a little further off. They all capture something of these characters' personalities. 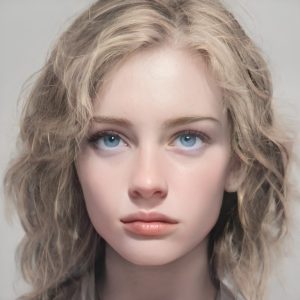 This is Princess Zora from The Dream Kiss. She has lived her entire life under the shadow of the curse, trying to do everything in her power to stay away from all thorns. But this has made her afraid of almost everything, especially the future. 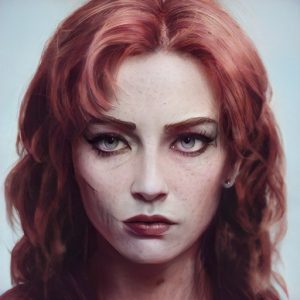 This is Princess Zora's mother, Queen Camellia. She cares for her daughter very much and doesn't want her to suffer. However, she knows that her daughter's curse taking hold would doom Lorca and all its subjects. The strain of trying to meet these two obligations has worn on her. After her daughter falls under the curse, her devastation only grows. 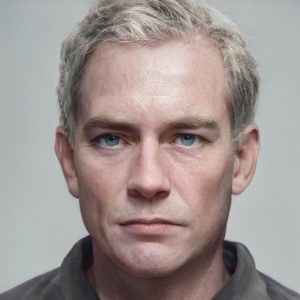 This is Princess Zora's father, King Joseph. Normally a kind man, the strain of his daughter's curse has pushed him beyond his limits. He struggles to maintain control of his island as more and more subjects fall asleep every day. The end to his daughter's suffering should be so simple, and yet no one has found the cure. 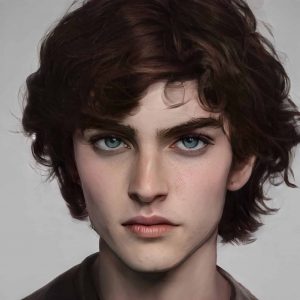 This is Prince Eugene. He came from Albion to Lorca as a ward; when he and Zora escaped the palace to visit the sailboats, he was sent home. He has a mischievous streak, but cares for Zora deeply. 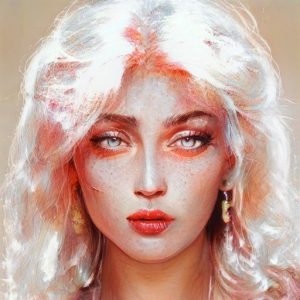 This is Calytrix, one of Zora's three fairy godmothers. She is the strictest of the three. She has high standards and knows that worthy people will rise to meet them. 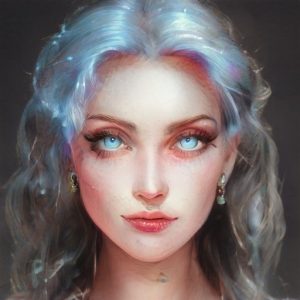 Here's Iris, Zora's very caring and maternal godmother. She may seem like a soft touch, but she has a heart of steel. 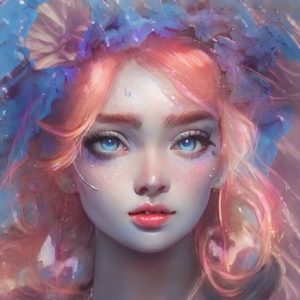 Foxglove is Zora's third fairy godmother. I imagined her looking older than this, but this image captures something of her essence: creative, bursting with life and ideas, yet also very vulnerable and sad. She feels deeply responsible for Zora's predicament even though she saved her life. 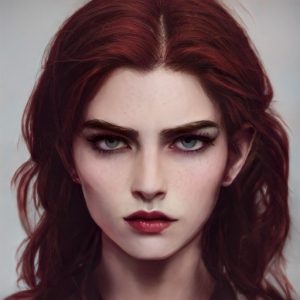 This is Mevelina, a.k.a the Dark Fairy. When she wasn't invited to Princess Zora's christening, she cursed the princess to prick her finger on a thorn and die. The curse didn't quite take hold like that, and she was banished from the mortal realms. But she's used her time wisely, and she'll soon be back… 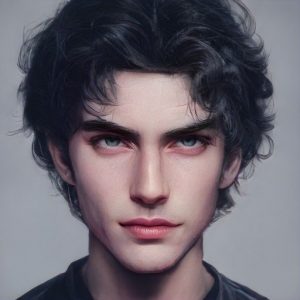 This is Lord Jasper. He likes to sow chaos and stir up drama wherever he goes, especially if it doesn't directly involve him. He has a long history with the Dark Fairy and a complex relationship with her. He is hiding a big secret.

All these characters, and more, appear in The Dream Kiss. I didn't include these portraits in the book, but now I'm wondering if I should. What do you think?

The images in this post are part of the public domain. However, if you use them, I would appreciate a link back to this post.

It's an exciting day! The Dream Kiss, the next book in my Fairy Tale Love Stories series, is coming out on September 1st. It's a slightly surreal retelling of Sleeping Beauty, with lots of magic, fairies, intrigue, and drama. There's a love story, of course, a dark fairy, a magical sword, and dragons.

You can order it on Amazon here.

This book takes place in Lorca, a fictional island in the middle of the North Sea. Legend has it that the island's name is short for “l'or caché,” or “hidden gold.” What do you think such an island would be like? They must have been invaded many times by their neighbors, so they developed a unique culture incorporating elements from Scandinavian, British, German, Dutch, and French cultures. Of course, when you have dragons and your neighbors don't, that somewhat changes the game…

If you've already read The Rose Kiss, you'll recognize a few callbacks to Lana, Hadrian, and the Sauvagnon family throughout the course of the book. Both books have fairies, but their worlds are very different.

And because we're moving right along, the third installment of the series, The Poison Kiss, comes out next summer. You can read the first chapter at the end of The Dream Kiss when it comes out next week, and preorder it–for the high, high price of 99 cents–right here.

My new young adult academy romance, Wolf Cursed, comes out this October. In it, we follow the story of Red Volkov, a wolf cursed to be human, as she adjusts to her human life and tries to understand who, and what, she really is inside. Part coming of age, part shifter story, part Beauty and the Beast, Wolf Cursed is a fresh new take on shifter romances.

This is a young adult book, so there won't be any adult scenes or omegaverse-style conceptions. There are alpha and beta wolves, but only among the human shifters, since alpha wolves don't really exist in the wild. Seriously, I looked it up. You can preorder it on Amazon here.

There's also Daughter of Light and Shadow, another Summer 2022 release. God willing we'll all be out of lockdown by then, and you can read this vampire-angel romance on the beach, the plane, the coffee shop, or wherever you'd like to go.

And there's a new series I haven't announced yet, which I'm very excited to tell you about. But only when the time is right…