From sweeping epics to heartwarming tales, there's something for everyone in the world of manga. And when it comes to romance manga, there are so many great options to choose from. Here are just a few of the best romance manga that fans should check out. 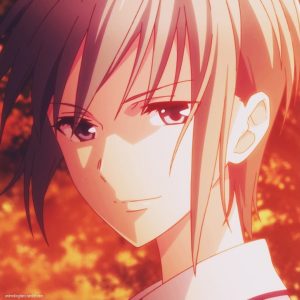 Fruits Basket is a classic high school romance manga, and one of the most popular romance mangas of all time. It tells the story of Tohru Honda, a high school student who lives with the Sohma family after her mother dies. Little does she know that her new family is cursed.

Each Sohma family member turns into an animal of the Chinese zodiac when they are weak, stressed, embarrassed, or hugged by somebody of the opposite sex. After Tohru discovers the curse by accident, she accepts them as they are without revealing their secret.

As the story progresses, Tohru adjusts to high school life and discovers more about the curse. She falls in love with Yuki Sohma, the “prince” of her school, and resolves to break the curse for his and his family's sake. The story is filled with love, heartbreak, and comedy.

If you're looking for a heart-warming romance manga with interesting characters, and a supernatural take on normal life, Fruits Basket is a fantastic manga for you. The anime adaptation is also one of the most popular animes of all time. 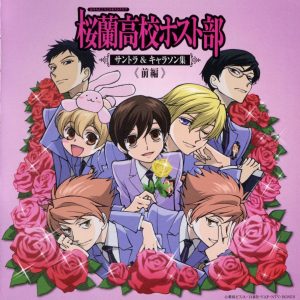 At a prestigious high school, six male students form a host club to entertain female “clients” with sweets and tea. Haruhi Fujioka, a tomboyish scholarship student at the school, accidentally destroys a valuable, ancient vase. Because she can't pay for it, she becomes the club's errand girl to work off the debt.

Over time, Haruhi falls in love with one of the members, Tamaki Suou. Tamaki's mother forbids him from seeing Haruhi owing to her low social class. Will they be able to overcome the obstacles and stay together?

If you're looking for a shoujo manga with a bit of comedy and drama, Ouran High School Host Club is a great choice. The characters are funny and lovable, and you will want to see how their story ends. 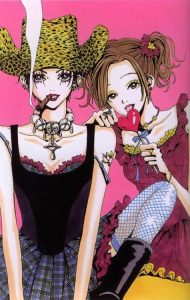 Two girls, Nana Komatsu and Nana Osaki, move in together when they both come to Tokyo for work. Nana Komatsu is a shy and naïve girl who falls in love easily, while Nana Osaki is a strong and independent woman who doesn't believe in love.

They both end up changing as they get to know each other better. Nana Komatsu, the shy and naïve one, starts to become more confident, while Nana Osaki starts to open her heart and fall in love.

Nana is a popular romance manga that's great for more mature audiences. It deals with some heavy topics such as love, sex, and relationships. However, it's also a very touching story about friendship and growing up together. 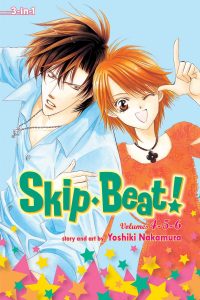 Kyoko Mogami follows her boyfriend to Tokyo so he can become a famous rock star. She supported him all the way, working multiple jobs to help him live his dream. Until one day, when she overheard him talking about her like she was nothing more than a burden.

Determined to make her ex regret his words, Kyoko starts up her own band and becomes an even bigger success than Sho. Now she's ready to take the music world by storm and show everyone that she's not just a simple fangirl—she's the one who's going to be on top!

Skip Beat! is the perfect manga for fans of romance and comedy. It's a feel-good story about following your dreams and never giving up. Kyoko is a lovable and relatable protagonist, and you can't help but root for her as she strives to achieve her goals. Kimi ni Todoke is a manga about Sawako Kuronuma, an introverted girl who is often mistaken for being scary because of her appearance. She starts to come out of her shell when she befriends Shota Kazehaya, the most popular boy in school.

As their friendship grows into something more, Sawako must learn to deal with the jealousy and gossip that comes with being in a relationship with someone so popular.

Perfect for fans of “odd couple” romances, this manga is sure to set your heart aflutter. 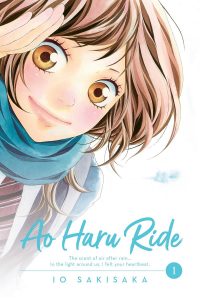 Meet Futaba Yoshioka, a girl who used to be very close to her childhood friend Kou Tanaka in middle school. After a misunderstanding, they became distant from each other.

In high school, Futaba re-encounters Kou, but he has changed completely and is now cold and indifferent towards her. As Futaba gets closer to understanding the changes in Kou's personality, she also discovers new feelings for him.

This popular manga is perfect for fans of shoujo romance. The story is touching and relatable, and the characters are complex and lovable. If you're looking for a manga that will make you laugh and cry, Ao Haru Ride is a great choice.

If you love fake dating romances, I have the perfect story for you! The Wolf Girl & Black Prince manga tells the story of high school student Erika Shinohara and her fake relationship with popular boy Kyoya Sata. Erika is desperate to fit in with her clique of friends who all have boyfriends, so she starts telling lies about having one herself.

To make her stories more believable, she takes a photo of a random guy on the street – not knowing that he's Kyoya, the most popular boy at school. Kyoya agrees to pretend to be Erika's boyfriend on one condition: she becomes his “Wolf Girl” by acting like a pet to him.

Despite Kyoya being cold and cynical towards her, Erika begins to develop feelings for him. She soon realizes that his tough exterior is just a facade to protect himself from getting hurt. Will they find a way to turn a fake date into a real romance?

There you have it, the best romance manga of all time! Whether you're looking for a heart-warming story or a high school drama, these romance mangas will satisfy your needs. So what are you waiting for? Go ahead and check out these amazing titles!

Where to Find More Romance Manga

Anime Planet has a thorough list of anime, manga, webtoons, and light novels. Be sure to check out their searchable database to find romances, historical dramas, or whatever suits your fancy.

MyAnimeList is also a great resource for all things manga and anime. Check out their list of the most popular romance manga ever, or browse all manga genres to find the one you like.

Check Amazon's list of bestselling romance manga. It's updated several times a day with the fastest-selling manga on their site. They have lists for yaoi, yuri, and shoujo manga as well.